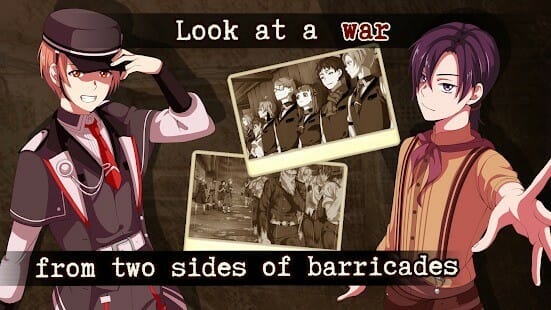 Guilty Parade Mystery Visual Novel is a standalone project that combines a visual novel, a detective story, and a quest in one bottle. The game takes place at the beginning of the 20th century in an alternate reality, when, as a result of an ecological catastrophe, the planet’s poles shifted and numerous land areas became underwater. The cataclysm caused a war between the survivors, and the player will participate in these events. The male lead is nicknamed Nemo and is forced to investigate a vicious crime in exchange for the Commander’s patronage. To solve the case, he joins the elite soldier squad and needs to gain the trust of his comrades to find the culprit.

FEATURES:
– Two opposing sides of a military conflict
– Secret investigation of the mysterious crime and search for clues.
– Hybrid of two different genres: Visual Novel and Point & Click
– The opportunity to build strong friendships with quirky characters
– Many significant options that affect the scenes you get