Enjoy a turn-based RPG that spawns a new world every time you play. Choose from nine powerful heroes with unique abilities to explore a grid-based world filled with monsters, loot, and other interesting encounters. With the Diamonds in-game currency, you can unlock new heroes, items, and skins. You can start your journey in the Eternis kingdom by choosing your difficulty level, choosing your hero and fighting in three acts. To defeat Astaroth, Lord of Hell, and be inducted into the Hall of Fame, you must create your strategy and chart your path.

FEATURES:
There are nine playable characters, each with their own emphasis and powerful powers.
Over 120 different items, each with its unique rarity and effects.
More than 30 opponents and bosses.
The Fairy Forest, Shifting Sands, and Howling Hell are the three locations in the world.
More than fifty different tiles, each one of which can be interacted with.
Items, characters and cosmetics that can be unlocked.
You can choose from over 20 tasks to help you on your journeys.
Extremely challenging game in which your heroes will perish on a regular basis.
Compete with other users to get a high score in the online leaderboard.
Eighteen achievements to meet
The world that is produced procedurally, with an infinite amount of replayability. 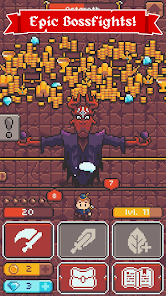 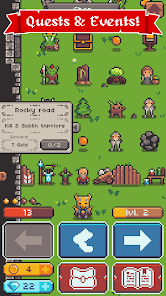 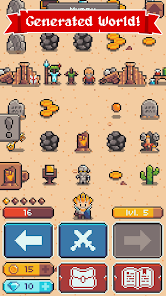 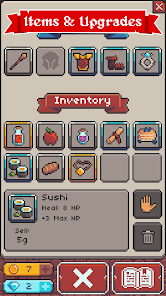